Jagdishwar Charitable Trust: Roots attach us to the ground to build a tree which empowers others!

“To be able to give back to the community you come from, is probably the strongest vision you can have for your actions- since the actions that do not take people forward with you are short-lived”

When Karam Darji, Alpa Darji and Raj Darji founded thenon-profit organization,Jadishwar Charitable Trust,they had their intentions firm. Not forgetting where they came from, Raj knew that his brainchild Aarav Solutions cannot be just a business- it had to be more. He wanted to be able to give back to the society which had directly and indirectly ushered him through his initial years. His past has played a huge role in shaping his strengths and beliefs, hence it was essential to him that part of his successes help people at the ground level. Being the great visionary that he is, he facilitated a mechanism to provide prosperity and support to fellow citizens, regardless of their financial status, sex, color or religion. It also helps people to establish or re-establish themselves, in order to make them self-sufficient and pave a path for a better future. 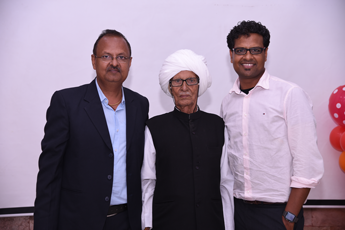 Late Smt.Jadiben and Late Shri Ishwarbhai Darji who firmly believed in this verse from Ramayan and instilled the same in his children. The verse means it is our own deeds which define our life, one reaps what he sows. In his remembrance the non-profit was named as Jadishwar Charitable Trust. The two pillars in Raj’s life play a huge role in inspiring him- the first being his father, Late Shri Ishwarbhai Darji, who was a hardworking farmer and a strong leader of his community.

Another Strong pillar in this initiative and journey is Karam Darji, the elder brother of Raj Darji has played a huge, indispensable role in inspiring Raj as well as his endeavors. Having served for 12 years in the lead, he created a community of 2000 families in Mehsana from what started off at a 100. Right now he is in the advisory committee at Aarav, helping employees to solve problems. He has strengthened this organization by exercising its intent on real grounds, as he leads significant amount of social-work in Bharuch.

Through our Trust we aim to give back to the people with a layered approach. We intends to cater aspects such as financial upliftment and support for the downtrodden, unemployed and widows, Education, Medical Assistance, Environmental Awareness, aid for vulnerable senior citizens, and aid for victims of natural disasters. This way, people can be provided with consultancy, resources and finances to help them achieve their goals and come out of the limitations of their circumstances. It also helps people to establish or re-establish themselves, in order to make them self-sufficient and pave a path for a better future.

If you need help, guidance or assistance in the mentioned areas, or you know someone who would, then connect with us via email at jct@aaravsolutions.com 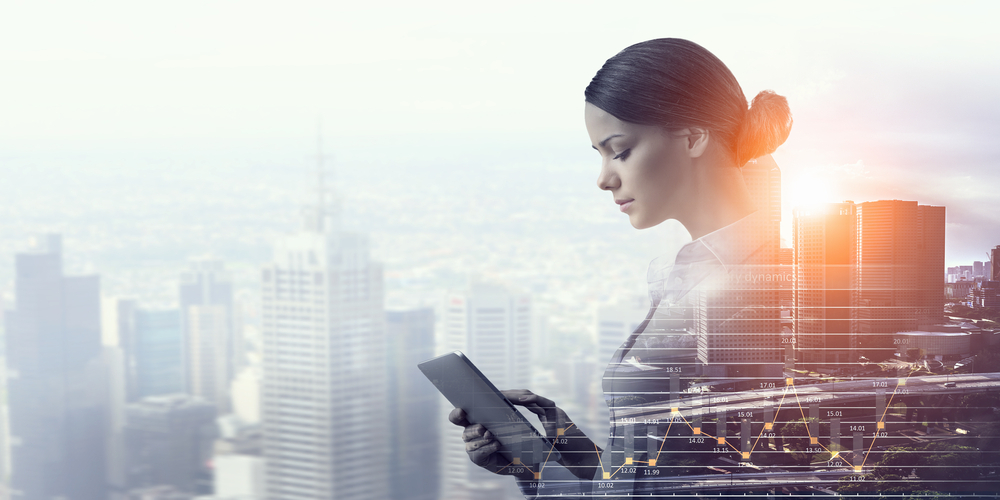 WOMEN: The New Architects of IT in India 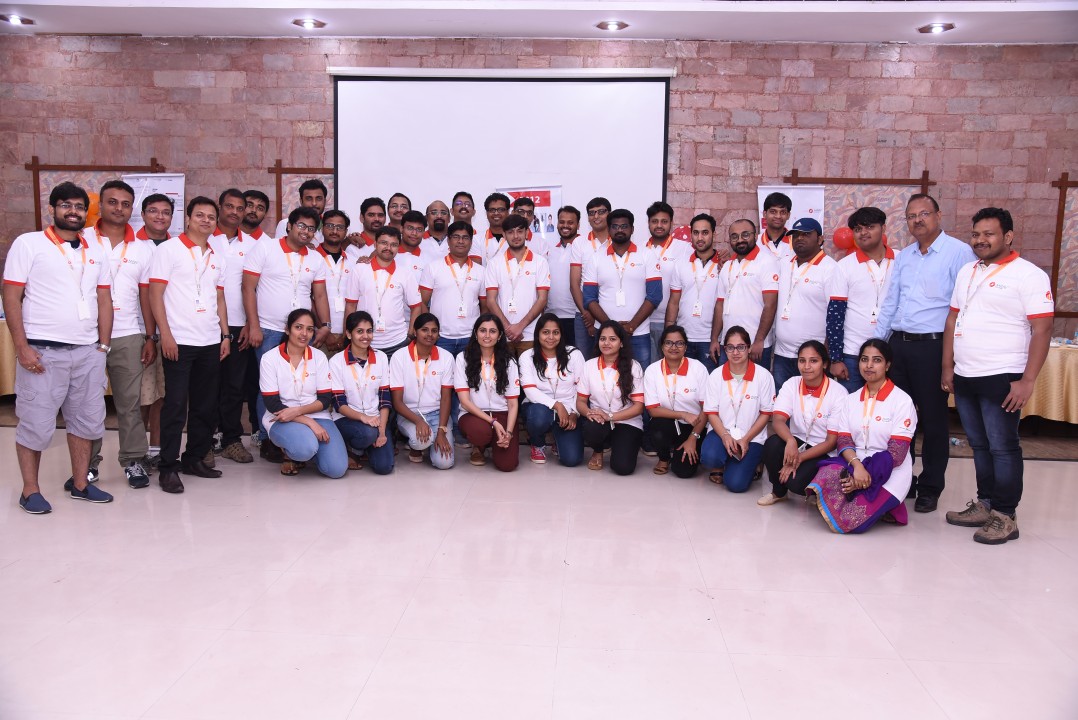 Reflections from past and commitment for next decade 2020

Take a step towards aligning and achieving your business goals with technology.

A strategic, forward-looking and decisive entrepreneur, Raj Darji has a built this company from the ground up. Coming from a humble background, his ambition drove him and this company to places. Not scared of the road less traveled, he has built a multi- million dollar revenue organization. He brings to the table his uncompromised integrity and leadership skills, complimented by his competencies in Complex Design and Development Skills. Back in 2012 when Aarav Solutions had its first employee to over 100 employees now, Raj has continuously bound the organization together. He completed his B.E. (Information and Technology) from Hemchandracharya North Gujarat University. He is a detail oriented and dedicated professional, and known to be a constant learner, quick to accept new concepts; while his esteemed technical knowledge and work ethic are acknowledged by many. Not only is he himself a great asset to the team, he brings out the best of his team members too, making his leadership one of a kind. Raj has also lead the digital transformation for leading organizations like Oracle, Hyundai Motors America, Siemens, Sirius XM, etc. where he deployed large scale solutions, team mentoring, product engineering and worked on and with IoT, Cloud, etc.

As the mentor and sounding board for key executives innovating strategy and key relationships, David Cook’s role in the working and foundation of Aarav Solutions is pivotal. David has over 30 years business startup and management experience a London Business School MBA, and a University of Denver MCIS. His journey too, has been transforming- initially starting his own companies in the US and Europe, then consulting and due diligence for Goldman Sachs’ Tech portfolio, then launching and re-launching name brand companies with Oracle Consulting (where he first became acquainted with Aarav), and leading his own launches before he finally settled into Aarav’s Board of Directors. He has many accolades to his name including Oracle Cloud Infrastructure Architect, Oracle CRM (Siebel) Architect, Oracle Billing & Revenue Management (BRM) Architect, and TMForum Certified practitioner. In David’s spare time, he has self-taught himself landscaping automation, beer brewing and winemaking, restoration of Jeeps, RVs, and his families beloved champion surf boat, and doted on his new granddaughter Evelyn. Still hungry for the next big thing his two favorite quotes are “Have parachute, will travel” and “One good rocket launch is worth a thousand expert opinions”.

An expert in envisioning the product and market alignment, Varsha is the epitome of a multifaceted entrepreneur. She has more than 14 years of analytical and consultancy experience- reshaping businesses with her business acumen, go-to market strategy, unparalleled enterprise solution development and product management leadership. Varsha is skilled in mapping customer goals, and is extremely competent in domain knowledge and technology solutions. She aims to bridge the gap faced by businesses by approaching their targeted audience, and she does so by her sheer expertise and vision. She has had an experience in a diverse range of industries in B2B and B2C domains like telecom, retail, media, branding & marketing, consumer research, ecommerce, real estate, IT services & solutions etc. Varsha did her graduation BE in Computer Engineering from Hemchandracharya North Gujarat University, later completing her Masters in Business Administration from Gujarat University. She is very proficient when it comes to building brands, and has established her niche in the industry as she founded branding and marketing agency NEXwhaT.

With his wide experience in the IT sector, Harindra Akbari is responsible for the IT infrastructure Services, Cloud services and Network solutions at Aarav Solutions. He has over 20 years of experience in Design, Implementation, Integration, management and troubleshooting heterogeneous complex Networks- he has been associated with this company for the last four months. Harindra has completed his B.E. in Computer Science from Dharmsinha Desai Institute of Technology; Nadiad,Gujarat University.He is a passionate learner, enjoying learning new things and picking up on new skills. As a professional, he is not afraid to take calculated risks for the good of a project, which makes him a true asset for an ambitious company like Aarav Solutions.

One of the pioneers in building Product Development and Consulting practice at Aarav Solution, Pradeep Raghuvanshi heads our Client Engagements in the Americas Region. He is responsible for bringing the new product development initiatives for the growth of the organization and align customer goals with technology. With notable part of Aarav Solutions since more than 5 years, Pradeep is a qualified with a Bachelor of Engineering (Electronics & Power). He has been awarded as the key contributor multiple times by our clients for delivering various projects, along with Connoisseur Award for various telecom project delivery at multinational organizations he had worked with. An enthusiastic Table Tennis and Badminton player, Pradeep has been felicitated with Utkarsh award at Portal Software for software development. Professionally, he exercises excellent leadership qualities and delivers projects under rigorous cost and time constraints. He is also a Billing Expert in various verticals like Utility, Telecom, Media & Credit Rating companies.

Responsible for the overall planning and management of technology solutions, Dhaivat Shah oversees IT projects and ensures customer and organization goal alignment. With his calm and composed demeanor, he analyses business requirements and determines the technology needs. While establishing IT policies in the company, he is known to go the extra mile to ensure excellence of services. Dhaivat has completed his B.E. Computer from L. D. College of Engineering, Gujarat University. Out of the 18 years he has dedicated to the IT field in his career, ha has been instrumental in Aarav Solutions’ growth since its initial years. In his own words, he admits that focusing on resolving the issues instead of blaming others, has been the key approach that has helped him throughout his personal and professional career. In his free time he likes to read books on self-help, religion, culture etc. as he believes that Indian literature is truly enriching.

Performing as a major innovation force at Aarav solution, Ayyapa Raju evaluates development teams, identifying strengths, problem areas, and developing plans for improving performance. He motivates people to learn new technologies and its implementation to bridge gap between technology and business needs- needless to say he is the Innovation Engine rolling at Aarav Solutions. He is also responsible for evaluating new technology and tools as opportunities for innovation and development excellence at the company. Ayyapa continuously looks for Improvements in the current role and aims to engage and motivate people while he is at it. A certified Oracle Communications Billing Specialist, he has done his MCA from Andhra University. He has an experience of 15 years in the IT and is one of the first batch of employees at Aarav Solutions. He has also been awarded the Leadership award 2018 at Aarav Solutions.

As the backbone of Operations and delivery, Kaifi Azad is responsible for the delivery of key accounts, Sales, Pre-Sales, Consulting and Vendor Management at Aarav Solutions. He has completed his PGDBA in Operations management from Symbiosis, Pune. He is leading process management at Aarav Solutions by aligning organization goals with respective technology and unquestionably strives for customer success. As a key contributor for various projects, he has a total of more than 17 years of IT experience. Professionally, Kaifi is ever ready to learn new technologies, skills according to the need of hour. Complimenting his professional persona, he has been awarded the Super Boss award while managing a Vodafone India project. He has also lead a team of Oracle UIM who Launched UIM commercially first in the world.Prior to joining Aarav Solutions, he has worked for large scale organizations, namely, Capgemini, Wipro, where he held key positions.

Brijal Bhavsar is the financial spine at Aarav Solutions- juggling many roles like managing the Finance Department, Payroll, Vendor Management and Payments, etc. With a noteworthy experience of more than 6 years in the field & at Aarav Solutions, she also manages the finances with external parties such as bankers, auditors, Freelancers, consultants. Brijal is a recognized CA from Institute of Chartered Accountants of India (ICAI), and has completed her M.Com and B.Com from M.S. University, Baroda. She has also educated herself with an LLB from the same university. Her remarkable contributions to our organization have been awarded with the Long Service Award here at Aarav Solutions in 2018. An avid reader, Brijal is also a hardworking and diligent professional. Other than her uncompromised expertise in Finances, she loves watching movies, travelling, photography and spending time with her 7 months old baby daughter.